Did you know that there are more people living in slavery today than at any time during the trans-Atlantic Slave Trade? Walk Free’s Global Slavery Index estimates the number to be 35.8 million.

One of the primary ways in which IJM advocacy fights the problem of slavery is through the Child Protection Compact Act, passed by Congress in 2013. This gives the government the authority to invest money in slavery eradication in countries that demonstrate the desire to end slavery but lack the resources to do so. In 2014, the government set aside $5 million to make sure this happens. Now, the government needs to pick which countries should receive that money and set up those agreements. We believe two countries that are ready for this investment are the Philippines and Ghana.

IJM’s model of tackling the crime of slavery focuses on ending a culture of impunity. By rescuing slaves, prosecuting slaveholders and working to transform the public justice system, IJM changes a criminal’s calculation about what he or she can get away with. If you know you’ll be punished for enslaving someone, you’ll probably try to figure out another way to make money.

We’ve seen the model work. In one target city in the Philippines, vigorous law enforcement helped to dramatically diminish the crime of slavery. An independent study in metro Cebu revealed a 79% reduction in the availability of minor girls for commercial sexual exploitation after a four-year partnership between IJM and government partners in the police and judiciary. 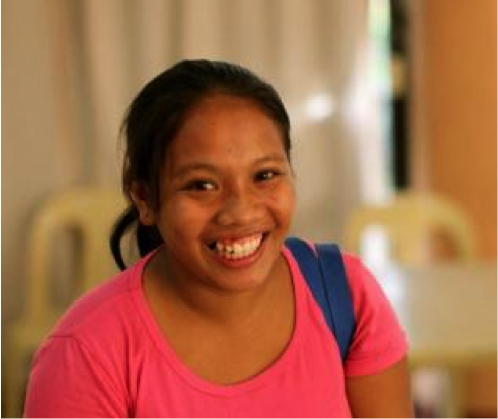 This kind of dramatic, measurable change requires focused investment. That’s why IJM and our advocates all over the country have been pushing the U.S. government to change the way it invests in slavery eradication programs internationally.

After five years of your advocacy work, Congress passed the Child Protection Compact Act as part of the 2013 Trafficking Victims Protection Reauthorization Act. And just this year, Congress appropriated $5 million to kick-start the program. This new funding allows the State Department to invest in focus countries (just one or two to start) for the purpose of developing successful, replicable models to eradicate child slavery.

We think the law enforcement model can work: the Philippines and Ghana. In both countries, scores of children have been trafficked for sex or forced labor—but both countries’ governments have expressed the will to tackle the crime. In the Philippines, US support could help replicate existing successful models in other cities, and also help to tackle a growing crime of cybersex that often exploits very young children. In Ghana, such funding could be used to strengthen law enforcement’s response to child slavery in the fishing industry on Lake Volta.

This additional support could be a game-changer, both for the children living in slavery in these countries today, and for the way our government thinks about tackling slavery abroad.

Mobilize your community in the fight to end modern-day slavery!

Find out more about IJM’s approach to combatting modern-day slavery.

IMAGE: Charina* was rescued from sex trafficking and has persevered through many struggles to become the strong young woman she is today. You can read her story here.